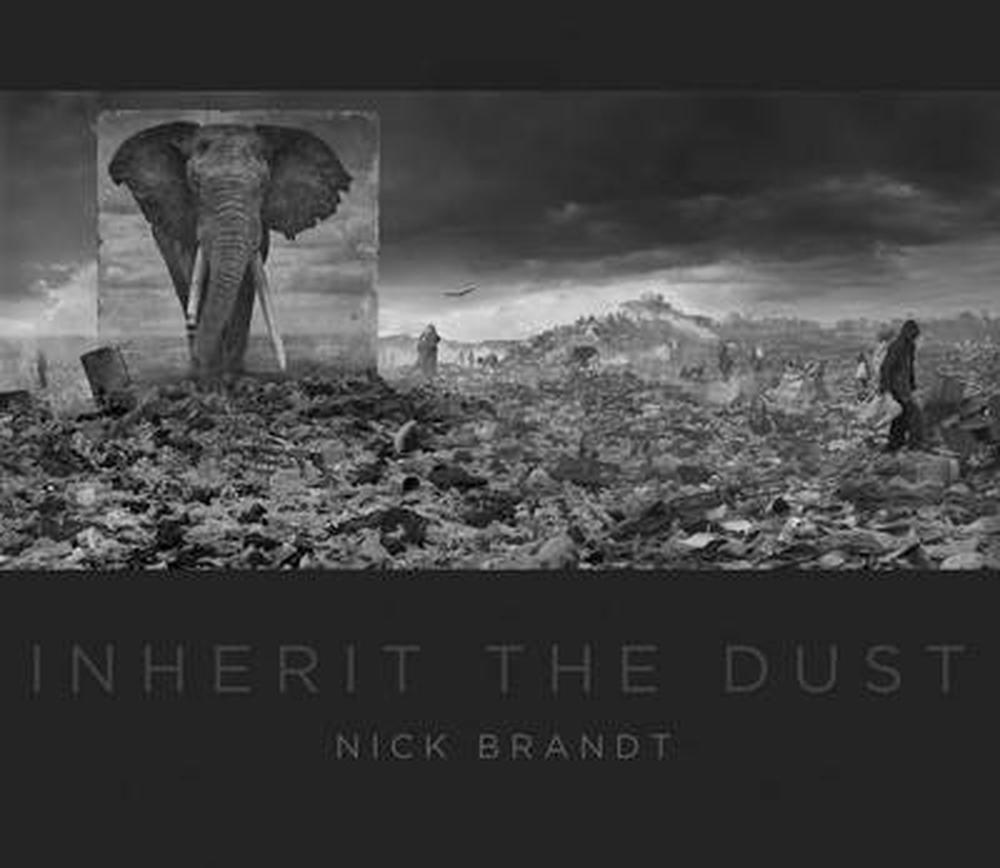 HARDCOVER
(Signed by the Artist)

Three years after the completion of his trilogy, On This Earth, A Shadow Falls Across the Ravaged Land, Nick Brandt returned to East Africa to photograph the escalating changes to the continent’s natural world and its animals. In a series of epic panoramas, Brandt recorded the impact of man in places where animals used to roam, but no longer do. In each location, Brandt erected a life-size panel of one of his portrait photographs–showing groups of elephants, rhinos, giraffes, lions, cheetahs and zebras–placing the displaced animals on sites of explosive urban development, new factories, wastelands and quarries.

The contemporary figures within the photographs seem oblivious to the presence of the panels and the animals represented in them, who are now no more than ghosts in the landscape. Inherit the Dust includes this new body of panoramic photographs along with original portraits of the animals used in the panoramas, the unique emotional animal portraiture for which Brandt is recognised. There are also two essays by the artist: a text about the crisis facing the conservation of the natural world in East Africa, and behind-the-scenes descriptions of Brandt’s elaborate production process, with accompanying documentary photographs.